Tales Of The African Bush 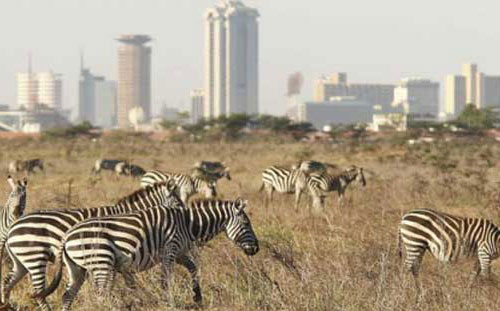 On arrival at the airport, meet our experienced guide. Your short drive takes you through Nairobi National Park that stands out because of its wide variety of wildlife in co – existence with the urban setting of the capital city. Arrive at The Emakoko, a chic and tranquil retreat right on the edge of the park where the incredibly hospitable staff will welcome you to your home for next two days. Explore Nairobi National Park, Visit Daphne Sheldrick Trust and Giraffe Center winding your day with a lovely dinner near the pool as the sounds of animals from the park make it seem as if you are far away from civilization! Overnight at the Emakoko Lodge. 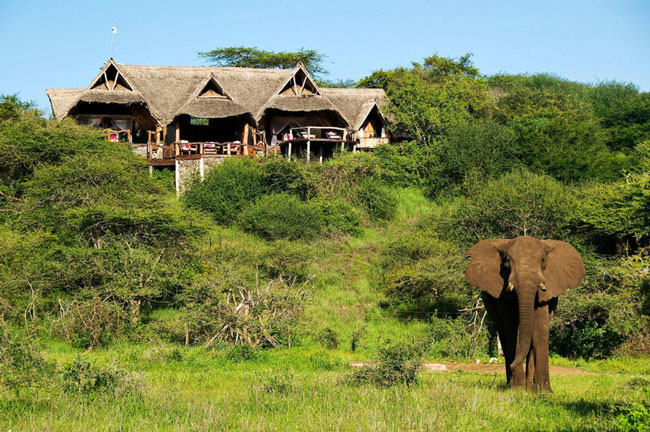 Early this morning you will be transferred to the Wilson airport. Fly on Safari Link scheduled flight to Chyulu Hills which is one of Kenya’s most photogenic regions. It is a land of rolling open plains interrupted abruptly by the Chyulu Hills themselves. Your next two days here, will leave you with so many fond memories of Ol Donyo Lodge that will make you fall in love with Kenya.

Strong populations of wildlife find their habitat in and around the Ol Donyo Lodge environs. While the «Big Five» are here – rhino, elephant, lion, leopard and buffalo – they are frequently masters of elusivity; however, cheetah, fringe-eared oryx, gerenuk, and giraffe make for easy viewing. You will be able to track wildlife by open game drive vehicles, by foot, or horseback. Late afternoon and early evening drives are also featured for you if interested in spotting the more elusive nocturnal species. Overnight at Ol Donyo Lodge. 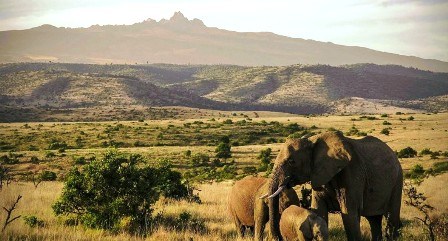 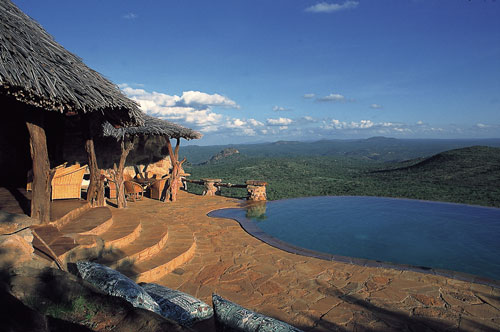 Bid farewell to the new friends at Ol Donyo Lodge before flying to Nairobi. Connect with the morning flight to Ol Malo airstrip where your next adventure begins in the amazing Ol Malo Lodge. Your home for the next three days is set on top of a hill with extensive views over gentle rolling hills with Mount Kenya to the south and the rugged Mathews Range and the sacred mountain of Ol Olokwe to the north.

Embark on day and night game drives in the company of the experienced and well trained guides. Game drives take in Ol Malo’s diverse habitats and unique wildlife (including the Big 5) as well as some fascinating geology and pre-historic sites including one of Kenya’s few Acheulian hand-axe sites. Guided bush walks will let you appreciate the smaller animals as well as the tracks, trails, signs, sights, sounds and smells of the wilderness – something you often miss from the car! Horse riding around the lodge environs will offer a completely different way of seeing wildlife. Overnight Ol Malo Lodge. 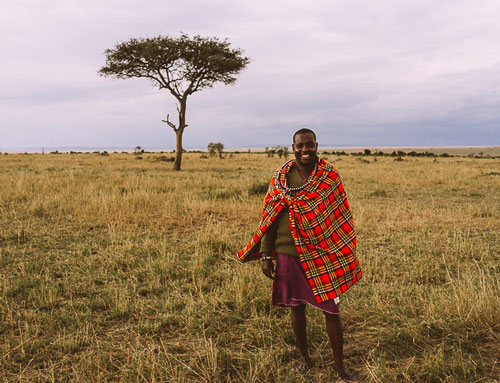 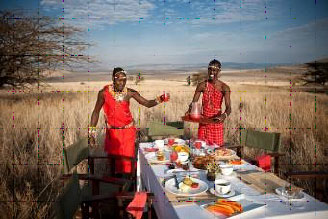 After a leisurely al fresco breakfast, we now fly to the extraordinary destination of the Maasai Mara. Scenically, it epitomises the Africa of childhood imaginings: the lone Acacia tree against the cobalt sky, rolling plains that positively heave with life, the sluggish curves of the Mara River choc-a-bloc with hippo and crocs and the odd red «shuka» of a Maasai herdsman who carry on their normal pace of life, largely oblivious of all the commotion around them.

From the second you are greeted on the runway by the smiley enthusiastic staff your life will change forever. Your stay at your next camp in the Maasai Mara will exceed your expectations beyond explanation – from the extremely helpful and incredible staff and the hospitality, the sensational game drives and animals, the food, to the unforgettable day to day experiences that is Mara Plains Camp. Overnight at Mara Plains Camp.

After breakfast, you will take your final scheduled flight back to Wilson Airport in Nairobi. From here you will follow through with your post trip plans or take your flight back home